Vegan Set supports hotels and hotel groups in designing services dedicated to the new ethical, sustainable and health sensitivities of the customers.

We help them to take the existing plant-based offering to the next level or to create it from scratch, in full respect of the style of the house and of the luxury hospitality standards.

"Having 100%
plant-based experiences
to offer to your guests is
a strategic choice. "

In-depth analysis of the current situation. Hotel-specific statistics and verification of all areas that may affect the guest experience in a plant key. Goals setting.

Strategic planning of a guest itinerary that satisfies all moments of life in the hotel with definition of protocols and labeling. Assistance in defining the menus and the beverage proposal.

Concept development. Staff training and implementation of the strategy with related monitoring and reporting.

The vegan cuisine is not a trend anymore. It is a consolidate reality. The guests demand for cruelty-tree gourmet experiences. Veganism is not just a diet, it’s a lifestyle that is increasingly influencing the choices vegan tourists make in terms of the destinations they visit and hotels they stay in.

With a professional background of over 18 years in the world of hôtellerie and a network of the most talented chefs and plant-based suppliers, Vegan Set sets the stage for hospitality that is more attentive to new food sensitivities. Make the integration of services dedicated to the Vegan clientele and related processes easy and fast with Vegan Set's support.

Welcome to your Vegan Concierge. Destinations, addresses, brands, experiences. A high-end guide to the top of vegan luxury.

GO TO THE CONCIERGE 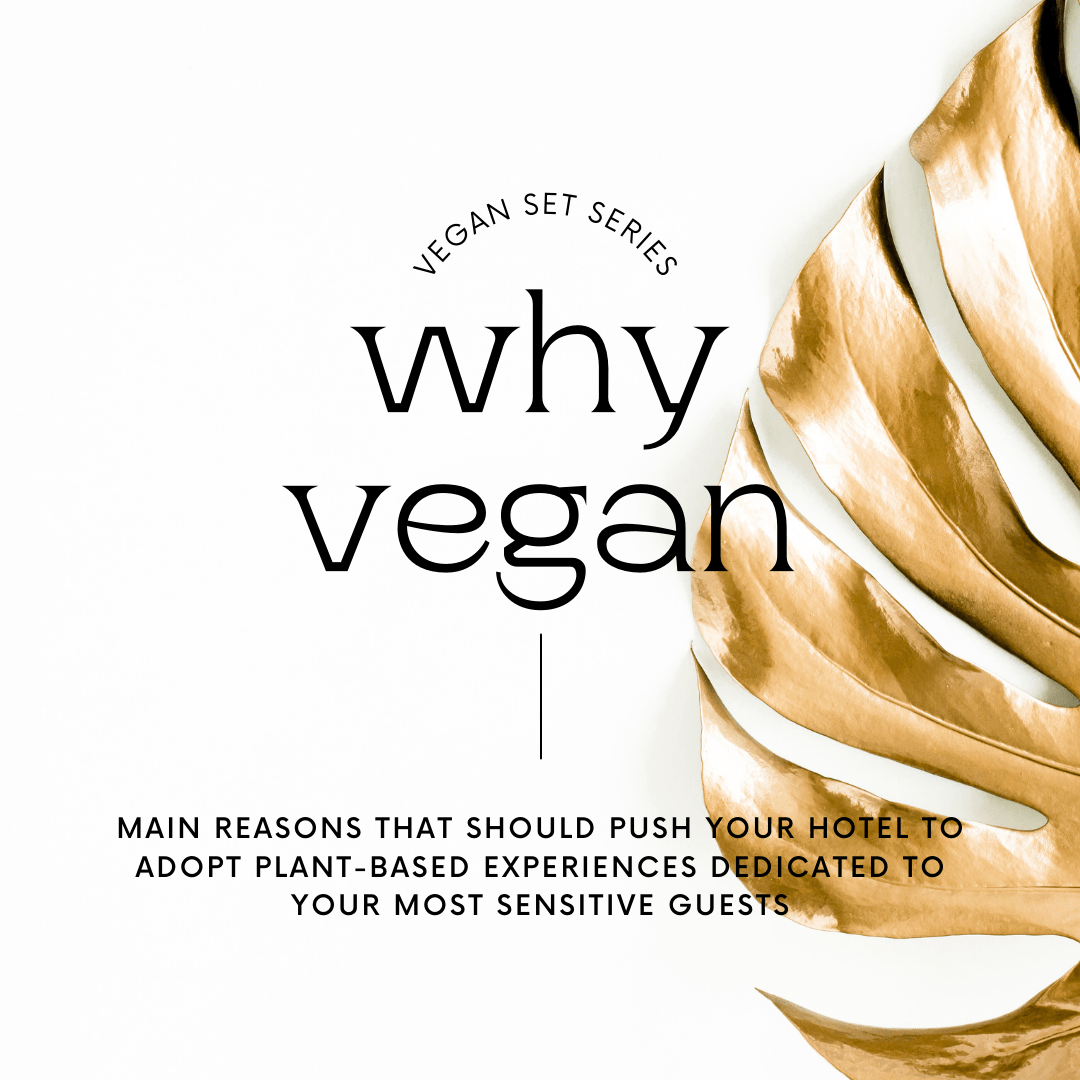 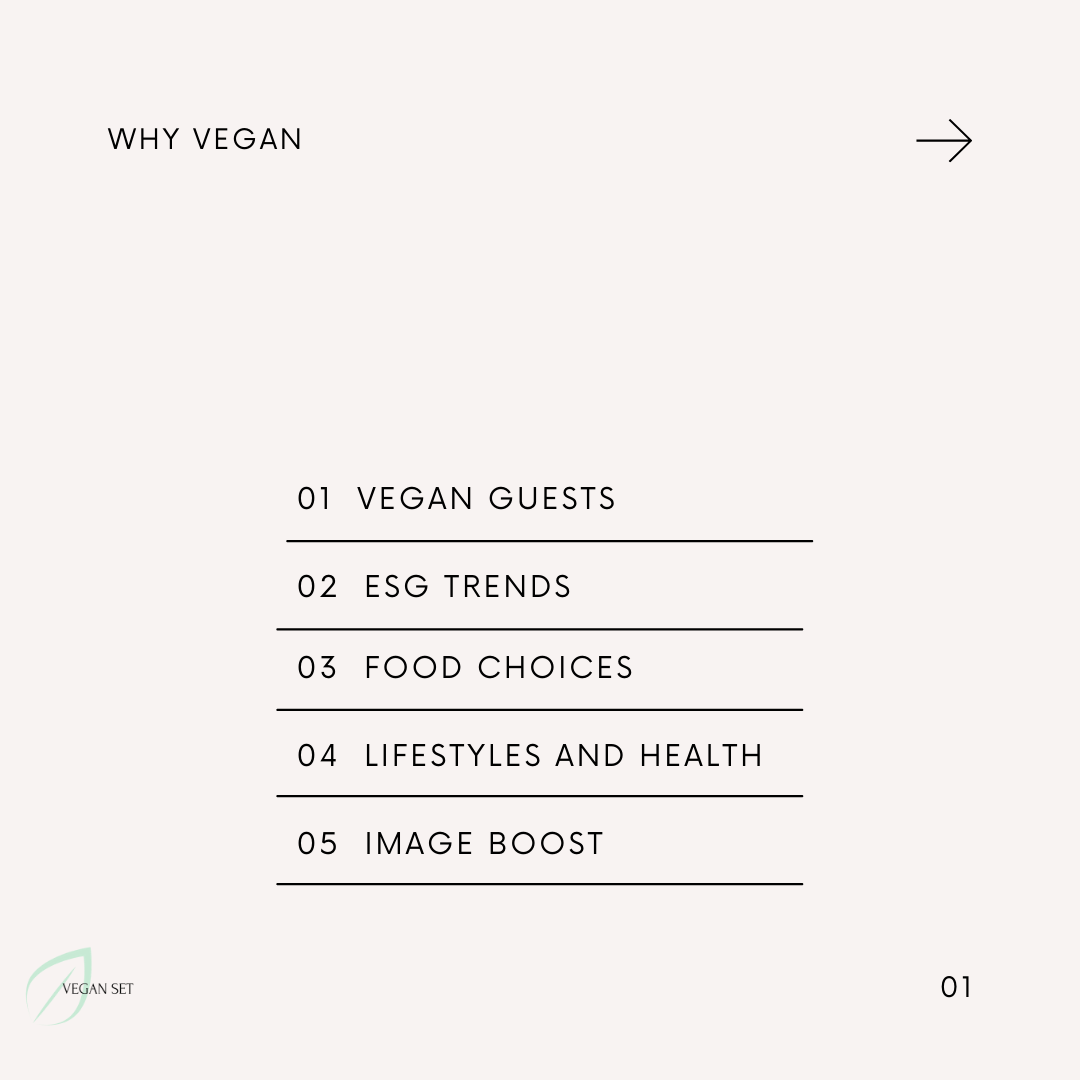 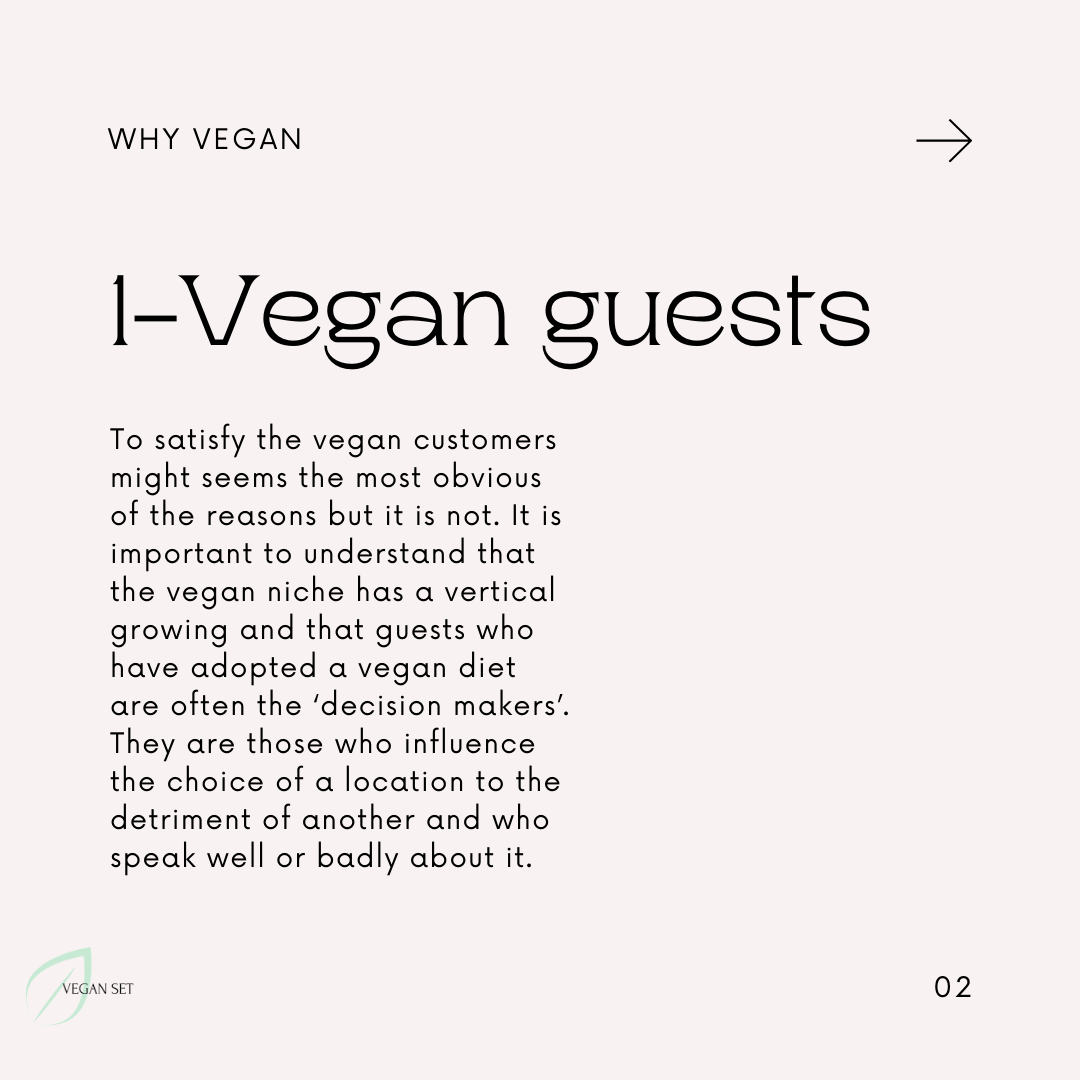 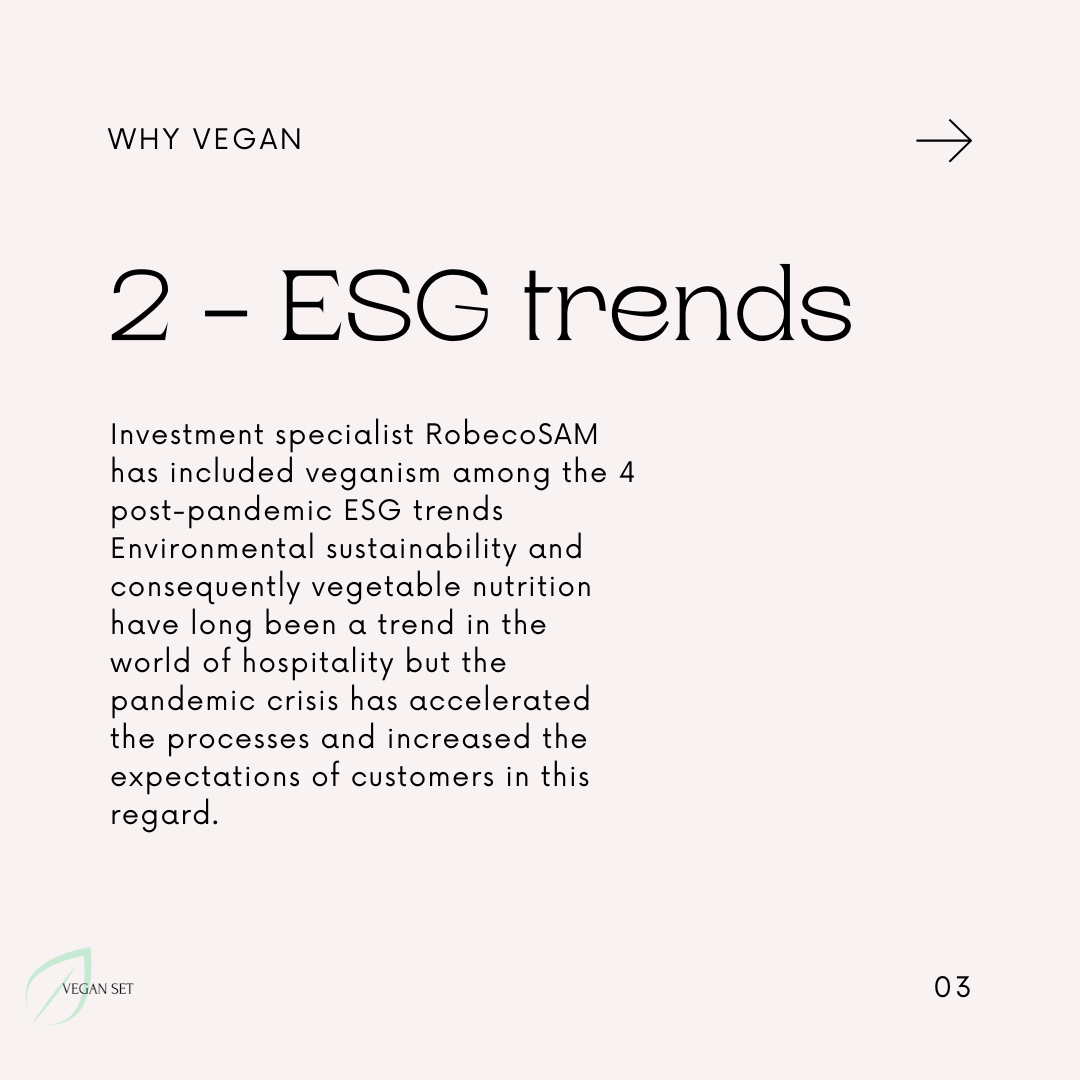 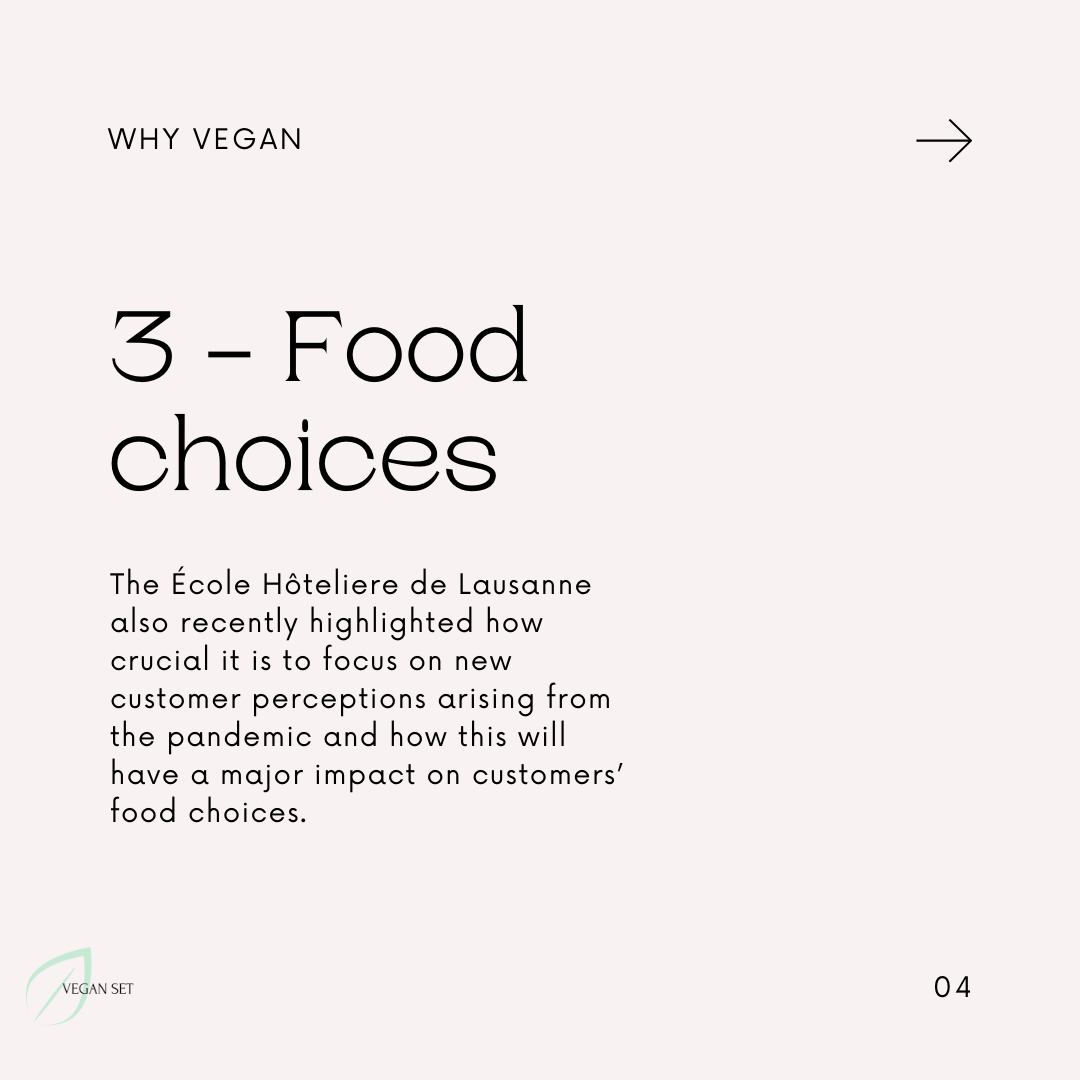 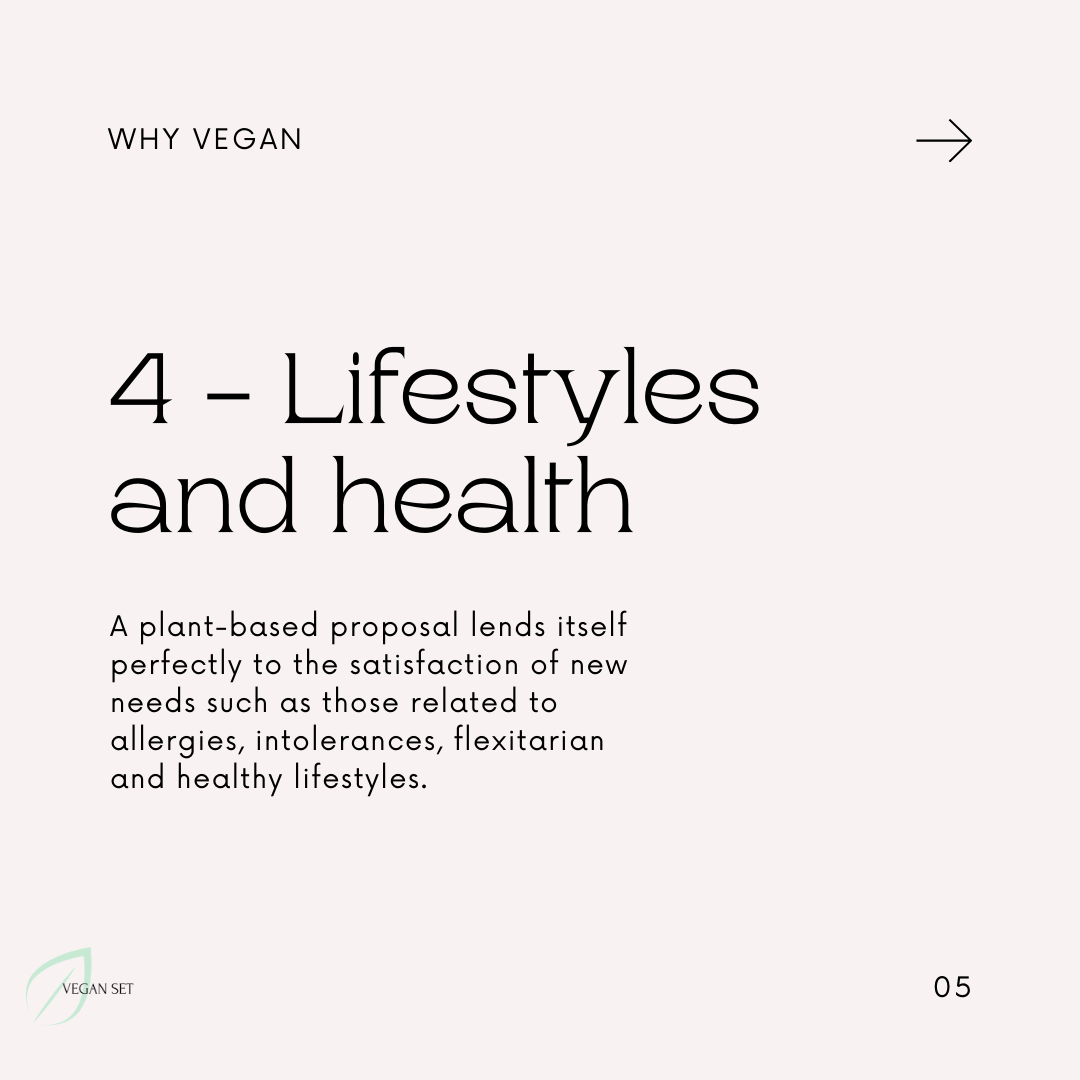 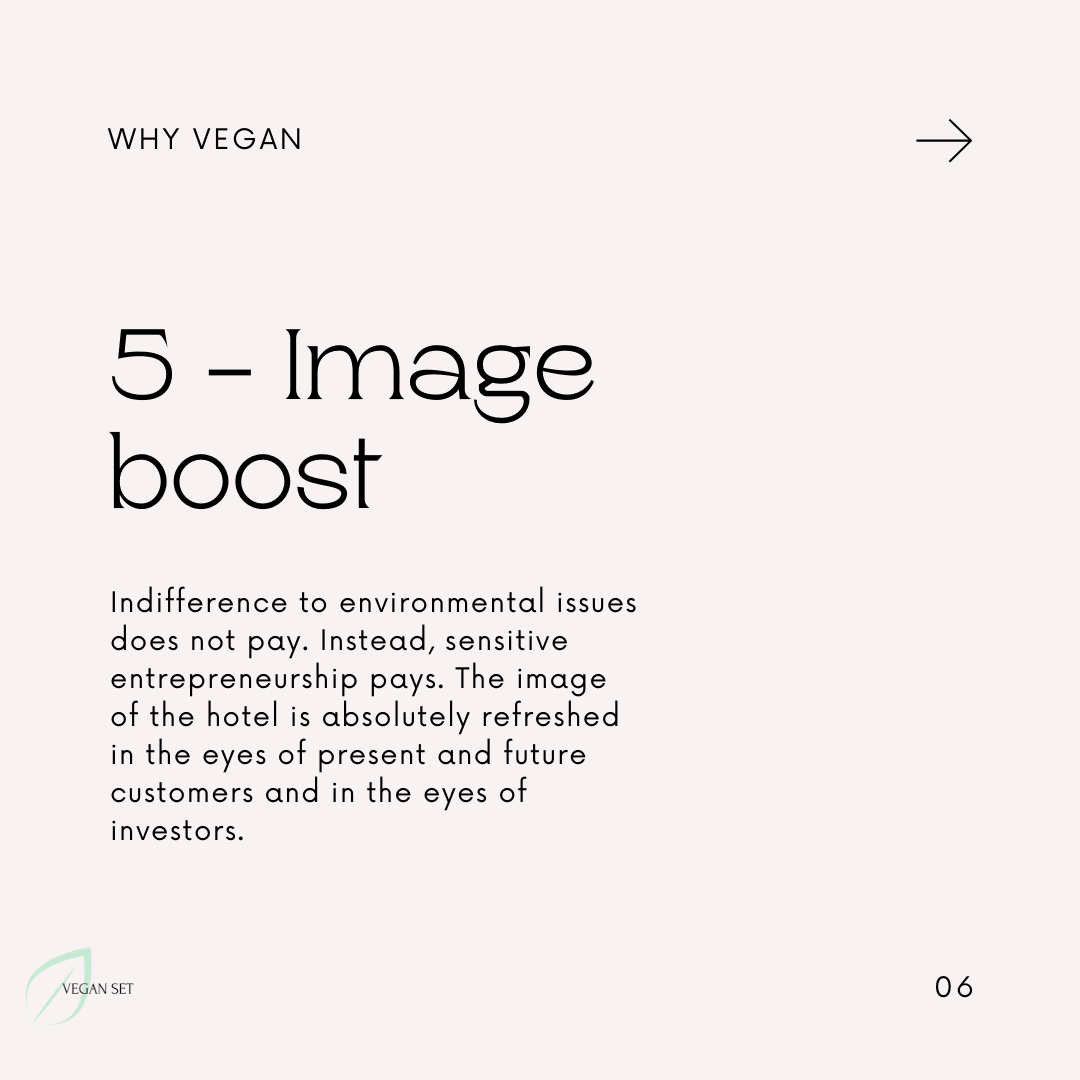