In June 2021 after 15 months of being closed Daniel Humm, the highly awarded chef and owner at Eleven Madison Park, announced that the famous 3-star Michelin restaurant known for its French cuisine would be shifting to a plant-based menu. Like most of the world the pandemic had influenced the restaurant at a macro and micro level. He wrote, “In the midst of last year, when we began to imagine what Eleven Madison Park would be like after the pandemic – when we started to think about food in creative ways again – we realized that not only has the world changed, but that we have changed as well. We have always operated with sensitivity to the impact we have on our surroundings, but it was becoming clearer that the current food system is simply not sustainable, in so many ways. Thank you to our city and our guests for all your support. It is time to redefine luxury as an experience that serves a higher purpose and maintains a genuine connection to the community.”

Thank you to our city and our guests for all your support. It is time to redefine luxury as an experience that serves a higher purpose and maintains a genuine connection to the community.”

And just like that, opulent luxury in vegan fine dining was pushed into the mainstream conversation. Yes, there are high-end restaurants or expensive vegan dishes out there. But what constitutes luxury? It’s not just price. It’s not just the exclusivity of an ingredient. Is it the décor? The lighting? The location? The answer is all of it. It’s that place where all these elements converge to create an elevated experience that vegans and veg-curious people have been yearning for. That’s what Eleven Madison Park delivers.

To begin to understand why this is so exciting you would have to understand the atmosphere at Eleven Madison Park. The restaurant is in a former bank that overlooks the beautiful Madison Square Park in the Flatiron District of New York City.  The décor immediately informs that you are entering a New York institution. Beiges, whites, greys and all the neutral tones in between create an open yet warm vibe which makes even the air in this white table-cloth establishment feel, well, decadent. The service is impeccable. The staff is knowledgeable and accommodating, they know they are there to guide an experience and you won’t be disappointed by the level of attentiveness here. It’s not that I don’t love a loud restaurant, or a quirky comfy spot for dinner but sometimes a girl wants to put on high heels and take her new Stella McCartney bag to a place that is deserving of both.

And the food, can it be worth it? Sure, the cost may make some balk. We’re talking about vegan food here. But the level of effort, time and technique behind each dish is as well executed as its former omni-menu had once been. The winter tasting menu reads like a cozy cruelty-free blanket. Just imagine Roasted and Spiced Onion Broth, Black Truffle and Onion Tart or Charred Leeks with Sea Fennel and Garlic. Don’t forget Fried King Oyster Mushrooms with Lemongrass and Ginger and finished tableside with Mushroom Sauce and Lemongrass Oil.

Even their bread rolls come with an artfully displayed onion butter that is as Insta-worthy as it is classic.

The dining room tasting menu is 8-10 courses for $335. There is also a bar-tasting menu for $175. Both need a reservation, and both are almost always sold out for the 2-month timeframes which you can book online. However, you may be able to snag a 9pm spot which tends to have more availability, or you can add your name to the waitlist and be ready to be fabulous in a hurry should you get the call! Since you have to pre-pay you can also find a market for buying tickets online from guest who are no longer able to attend. A quick search on Reddit or local NY Vegan Facebook groups yielded quite a few opportunities to get a seat.

The cocktail list features a well-rounded plant-forward menu to rival any mixology bars in the city. Most vegans will tell you that one thing we really miss in so many restaurants is a proper bar with real cocktails. The drink list at EMP features all the standard fare – Bourbons, Irish Whiskeys, Gin and the like along with vegetable inclusion whose creativity rivals that of the foods on the menu.  For example, “The Fennel,” created by using leftover fennel and celery tops which are lacto-fermented in kombacha and then combined with gin and a smoked sunchoked spirit among other ingredients is just a glimpse into the thoughtfulness and craft behind their cocktail.

As for the wine list, it is not fully vegan. Wine Director Watson Brow explains, “At the restaurant, we have some wines which would be considered vegan, some not. We have 5,000 wines, and some of them date back to 1900, so we really can’t change the past. Fining is the process that uses a small amount of egg white – some producers do it, some don’t – just like we have some producers that might call themselves natural, some don’t, but what we are always looking for are people who care about their land, their grapes and their wines.” You do, of course, have your own options on what you drink (or you can request the wine pairing). There is also a lovely “Soft Cocktails” non-alcohol menu, right on trend with the conscious drinking we have come to embrace following maybe too much imbibing during the pandemic and each drink is thoughtfully crafted and purposeful, not just added for the sake of having options.

When Mr. Humm first announced the new vision for his establishment it was met with the eye-rolls, curiosity, excitement and must-go-see for myself attitude that New Yorker are famous for. There was outrage by the old customers for the change from something that they loved, one more change at a time when you could literally count on nothing anymore. On the other side many vegan were shocked at the cost and felt that their ideals were being churned into a profit-machine while closing the doors on what most of the people who were driving the plant-based movement could afford. And yet, over a year and a half later Eleven Madison Park continues to sell out and be one of the hottest seats in the city. Because in the end, change truly is inevitable but the desire to feel like a VIP, even for a night, never goes out of style.

Jessica has been working in the food and beverage industry for over 15 years and has worked with global brands inside of some of New York’s most iconic establishments. Along with a passion for growing brands, Jessica works with both individuals and businesses to incorporate a vegan lifestyle through food choices, education and coaching. 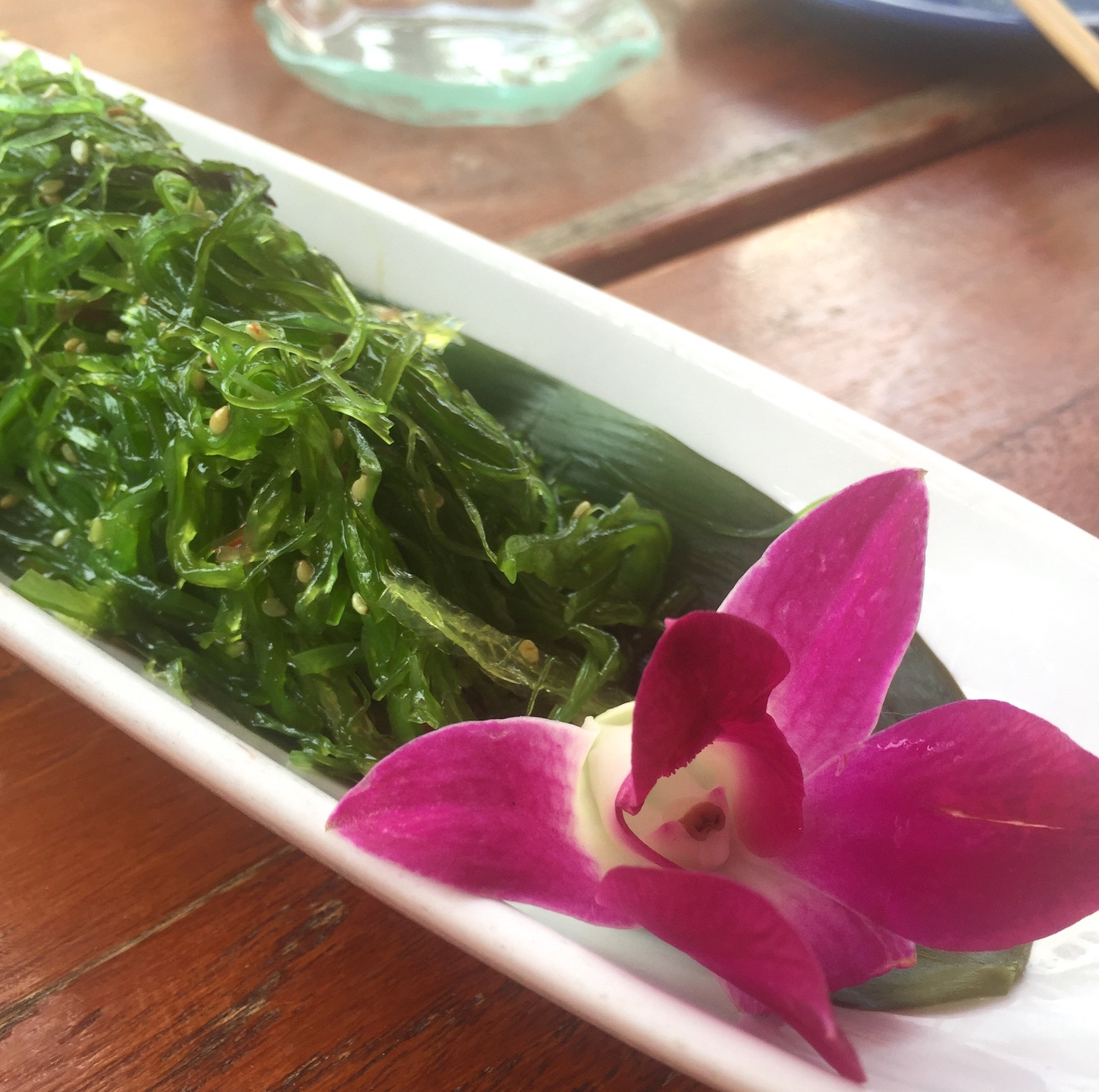 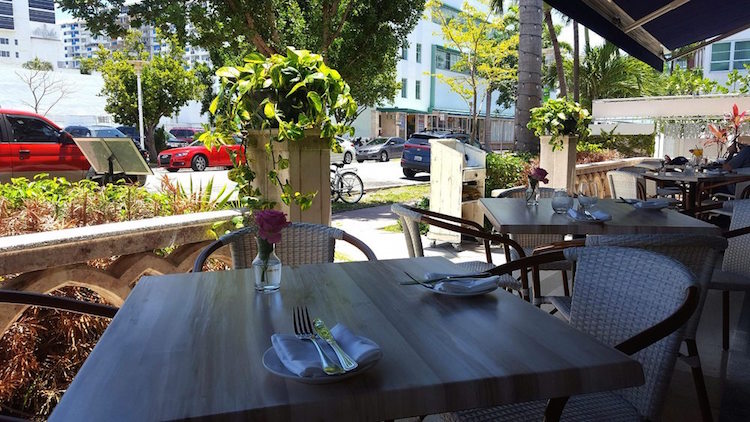