Set in a three-story townhouse in the heart of the lively neighborhood of Soho London you will find one of the most sought after and fine dining experiences the UK has to offer. And while we may expect nothing less when we think of this part of the world allow me to add that this is a PLANT-BASED dining experience. And although most of our Vegan Set readers know that vegan fine dining is not only possible, but also a fast-growing category, it is still exciting to see the rest of the world catching up.  And for illuminating this message in this little corner of the world, we have Michelin star chef and restaurateur Alexis Gauthier to thank.

Driven by his own passion and curiosity about what could be done he made his first “garden menu” back in 1997 at Roussillion, his Michelin-starred London restaurant.

Alexis’ plant-forward experimentation began well ahead of the plant-based food trend. Driven by his own passion and curiosity about what could be done he made his first “garden menu” back in 1997 at Roussillion, his Michelin-starred London restaurant. The menu was such it hit that it helped pave the way for Alexis’ future restaurant planning. When he opened Gauthier Soho in 2010, there was already a plan to make vegetable featured items a focus instead of just an afterthought tossed on the side as many restaurants were doing at the time. He decided to “really test the water” in 2015 when he removed all animal products from his menu as part of PETA’s International Vegan Month. The response from customers on his incredible execution in plant-based dishes was very well received, so much so that they even won UK Best Vegan Menu Award!

Alexis’ style builds on his foundation in classical French gastronomy and offers two menus, a shorter version at 5pm and the full tasting menu at 7:30pm (they do not serve lunch). His menus feature a note from Alexis himself, which reminds me of reading the insights of an editor of a high fashion magazine as they walk you through the thought process that went into that month’s publication:

At this time of year, the delicate tenderness of peas and beans make us realise how fragile young stems can be. We need to handle them with the upmost care and when it comes to cooking them, we are always careful to retain a fresh and slight texture.

When you read his words, you see that plants are not only ingredients, but also unique individuals that must be handled, seasoned and paired with the utmost care. This might explain why customers rave not only about the food but also about the uniqueness and creativity of his dishes. It’s clear Alexis believes vegetables can stand on their own and don’t need pretend to be meat in order to be delicious.

Gauthier Soho also boasts 5 private dining rooms each with its own unique décor and features. These rooms are a favorite go-to for concierges looking for intimate luxury experiences for their clients. Of course, if you really want to hold the ultimate event you can also book the entire house!

Their wine program also only lists those wines that are free from animal products ensuring your dining experience is vegan from start to finish and each sip in between! 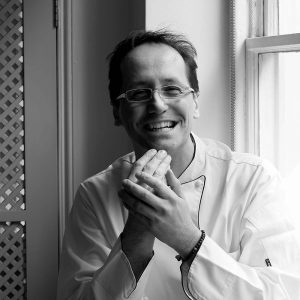 Reviews across all major sites rave about not just the food but also the service. And let’s be honest, you can have the best meal in the world but if the staff doesn’t make you feel welcome and cared for, even the the most beautiful surroundings quickly become unimportant. Gauthier Soho embodies the whole experience – cuisine, décor and impeccable service.

Can’t make it to London to dine at this fabulous establishment? Don’t worry, you can have your very own Gauthier Vegan Box shipped to you! These thoughtfully curated boxes contain an 8-course meal for 4 people, prepared and packed by Alexis and his team. Order early because these boxes sell out quick! You can order up to 4 months in advance and every month features 3 different menus to choose from. It’s the perfect way to experience Black Truffle Faux Gras Terrine or the White Miso dish (semi-soft tofu, wild mushrooms and caramel black) from the “Tokyo” menu in your own home. Note they only ship in the UK so if you live anywhere else you will just have to drool over their Instagram photos like I do while sitting in New York!

Their wine program also only lists those wines that are free from animal products ensuring your dining experience is vegan from start to finish and each sip in between!

Finally, it is most important to note what is at the heart of Gauthier Soho. We’ll see many chefs and restaurants capitalize on the rising popularity of plant-based and vegan restaurants. And however that happens, or why, for me is fine. But I can’t help but feel a true affinity for a person who brings all of the above to life and still signs his menu with:

Vegan for the Animals

Now THAT’s a chef who cooks with heart.

Jessica has been working in the food and beverage industry for over 15 years and has worked with global brands inside of some of New York’s most iconic establishments. Along with a passion for growing brands, Jessica works with both individuals and businesses to incorporate a vegan lifestyle through food choices, education and coaching. 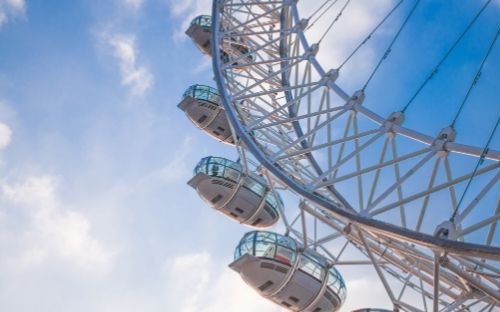