Last June an incredible restaurant was opened at Therasia Resort Sea & Spa on the island of Vulcano. It is called I Tenerumi, a word coming from the native dialect that refers to the velvety and succulent leaves of a Sicilian typical courgette. Managed by four people in the kitchen, as many as in the dining room, it offers seven low picnic tables without tablecloths, two tasting surprise menus for up to 14 guests happily seated on comfortable poufs with their feet on the grass, in a corner of a lush garden caressed by the Mediterranean breeze and overlooking Lipari. Lying down in an evocative natural location and enjoying an unforgettable dinner makes the whole thing an all-round experience. Imagine a lawn as the floor, the sky as the ceiling, the waves as the background.

Therasia already had its own one-starred Executive Chef at Il Cappero; but another young talent of the Italian cuisine was selected to lead this second venue with the goal to complete the structure’s food offering thanks to a new, independent plant-based proposal. Instead of proceeding in small steps, Davide Guidara had a crystal-clear idea from the very beginning and led his valuable team without any hesitation. When people arrive at the resort, they are conquered by the extraordinary beauty of the place and raise immediately the bar: they want to be amazed. That’s why the chef did nothing but the best: driven by a strong personality, he owns high-level technical skills, extensive knowledge and a rare creativity. At 28, he has recently been awarded as Young Chef of the Year and I Tenerumi has also attained the Green Star, just after a few months after its opening, as one of the three best vegetarian restaurants together with Niko Romito at Reale in Castel di Sangro and Gramen at Lefay Resort on the Garda Lake. 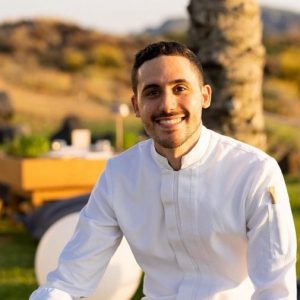 Author of the Manifesto of the New Vegetable Cuisine, the chef strongly believes that vegetables can express their full potential thanks to techniques executed with state-of-the-art tools; for this reason it is essential to have an ongoing dialogue with scientists. Rooted in rigorous principles, deeply studied in each detail, with its own precise identity, its own excellence, its own autonomy, plant-based cuisine can achieve intense taste results. The new vegetable cuisine boasts noble fathers – like Michel Bras and Alain Passard – and represents nowadays the outcome of the last forty years’ achievements. Since then the vegetable has been gradually emerging as a protagonist, instead of being considered as a simple complement; moreover it embodies the most challenging component for the technical skills of any chef, as it requires in-depth scientific knowledge, often long cooking times and a high degree of precision in preparation. Vegetable cuisine is no longer an alternative to animal proteins, but it implies a lot of efforts in exploration. It must therefore be conceived, enjoyed and evaluated regardless of its genre. Cooking vegetables, herbs and fruits sets forth the evolution of a culinary language, involving the reduction of the climate emergency through a more conscious food system and combining art with exquisite craft.

Concentration of aroma, umami, acidity and a long-lasting research on fermentation for a powerful cuisine: the chef has transferred all these concepts to the vegetable world. Everything is self-produced from food to beverage: each unprecedented dish delights the palate in a multiple range of flavours where the vegetable elements astonish at every bite. Instead of choosing a bottle of wine, which is always available, guests are invited to enjoy the recommended pairing, composed of mostly 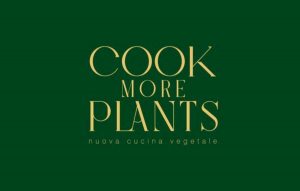 non-alcoholic cocktails often obtained from fermented drinks like kombucha. Sustainability represents a key element: not only almost all the ingredients on the menu come from the vegetable gardens just a few steps away from the restaurant, but also waste is minimized thanks to the conservation techniques, the low tables are manufactured from the wood of a disused shed and the plates are created from recycled ceramics. This type of gastronomic proposal today eludes any kind of cataloguing. Everything is defined by a search for harmony, balance and proportion: essential forms, minimal presentation and a rejection of excess. At the heart of any dish there is pure pleasure together with extreme taste complexity, where the ideal quality is pursued through the use of ancestral techniques such as fermentation, dehydration, marinate and smoke. A personal and contemporary vision identified with just three words: Mediterranean Vegetable Cuisine, an intellectual perception that needs time to be accepted in terms of concepts and flavours. To take an oversimplified approach would be to belittle the work of a chef-scientist who has studied the dish for weeks implementing every possible variation of savours. Science, creativity and the plant world: these are the three pillars of Davide Guidara’s philosophy. Three more words: open your mind.

As a professional English, German and French to Italian translator and interpreter certified by ANITI, DVÜD and SFT and with over 16 years of experience, Ileana Cari helps premium businesses create exclusive experiences for their target clients through a localized, unique, finely-tuned message. Her translations are a bridge between two cultures, aiming to communicate the value of a brand with the right inspiring words and therefore contribute to its success. She is specialized in luxury market segments, like beauty, fashion, hospitality and wellness. 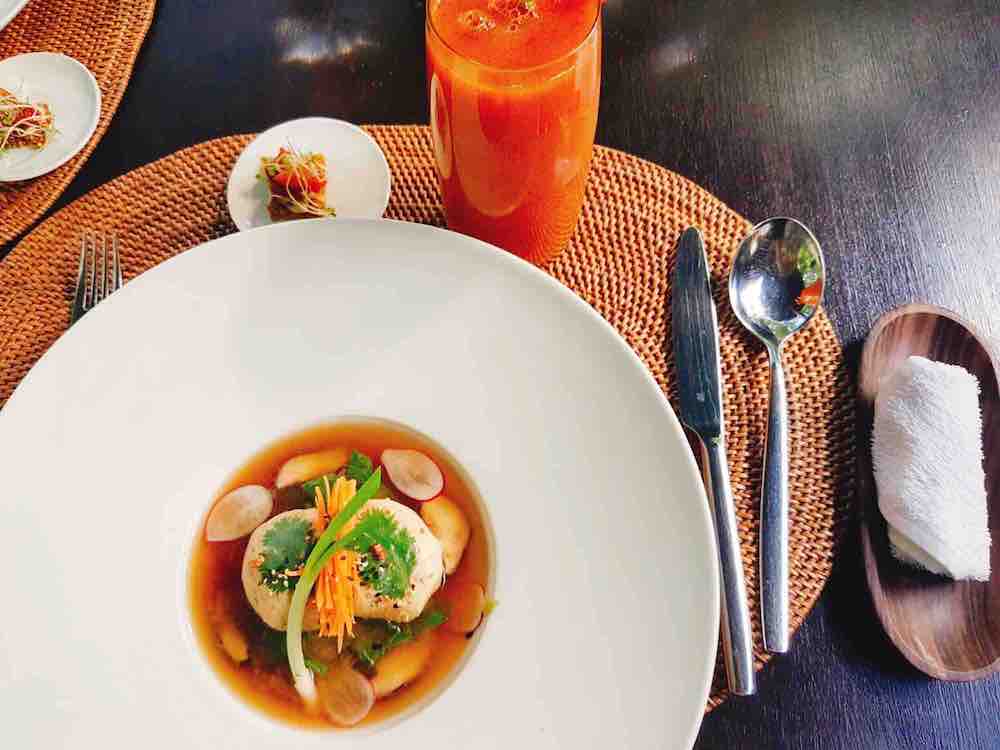 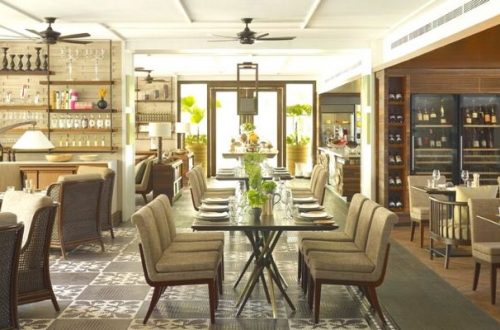 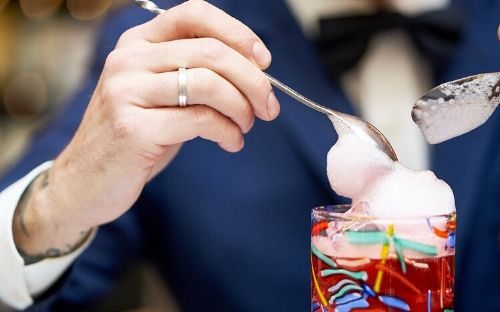